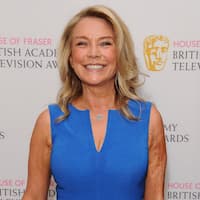 Amanda Redman is a British actress best known for her roles in BBC One’s New Tricks and The Good Karma Hospital. She was nominated for BAFTA TV Awards for At Home with the Braithwaites and Tommy Cooper: Not Like That, Like This.

How old is Amanda Redman? – Age

Her father, Ronald Jack Redma, was born in Camberwell, London, to East End parents, and her mother, Joan Beryl Redman (née Herrington), was born in India to British Indian Army soldier William Herrington. Redman’s father died when she was 23 years old, at the age of 51. Redman had one brother, who died in 2008 from pneumonia.

Redman discovers another surprise while researching her Irish ancestors: her Protestant lineage was discovered by chance, when a destitute Catholic relative was taken to a Protestant charity school.

In 1984, Redman married actor Robert Glenister; they had one child, Emily, before divorcing in 1992.

She appeared as Dr. Lydia Fonseca in the medical drama series The Good Karma Hospital. A medical drama about Ruby Walker, a junior doctor who grows disillusioned with her life and her broken relationship and intends to leave the UK. She travels to south India after seeing an advertisement for a hospital job and ends up working for The Good Karma Hospital, an under-resourced and overworked cottage hospital led by an eccentric English ex-pat, Dr. Lydia Fonseca.

She appeared as Gwen ‘Dove’ Cooper in the 2014 television film Tommy Cooper: Not Like That, Like This. The film is about the late Tommy Cooper, a prominent British comedian, and the struggle he faced after falling in love with his secretary Mary Kay. He was married to Gwen at the time, whom he affectionately called Dove. Tommy was unable to choose between the two women and went on a 17-year dual relationship. Cooper died on April 15, 1984, during a live TV recording of Live from Her Majesty’s in front of millions of television viewers.

Amanda Redman At Home with the Braithwaites

She appeared as Alison Braithwaite in the British comedy-drama television series At Home with the Braithwaites. Alison decides not to notify her family about her lottery victory for the time being in the first series of six episodes. In the second series, the Braithwaites have moved to a country mansion.

By the end of the series, Alison and David had decided to try again with their marriage. Alison is made a dame by the Queen for her charitable work, and she discovers she is pregnant with Graham’s child. Tamsin is also pregnant as a result of a one-night encounter with a university student. Alison gives birth to a baby girl named Katherine ‘Kate/Katie’ towards the end of the series.