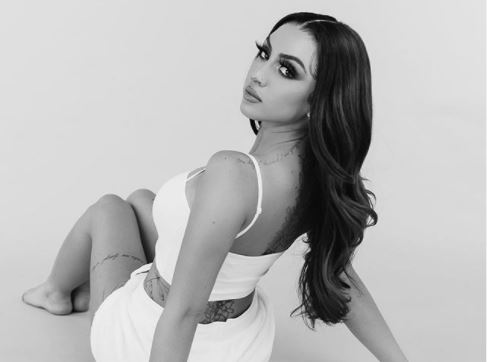 Alycia Tyre, a.k.a. Sahlt, is a social media star and vlogger from California who is a lover of makeup, beauty, and fashion. She has a massive following on YouTube and Instagram where she promotes her videos on beauty and fashion sharing peeks into her everyday life activities. In her vlogging career, Alycia is known as Sahlt and her fan-base is known as “Sahlt Squad”.
Sahlt’s favourite makeup look is a dramatic eye with alluring lashes. She embraces the saying, “Eyes are the windows to the soul and lashes are the perfect pair of curtains.”

Sahlt is of mixed race with African-American, Russian, Dutch and French ethnicities. Despite her videos being widely viewed, not much is known of Alycia’s family. However, both of her parents have featured on her videos though their names are still not known. She also has three siblings; two brothers and a sister.

Alycia has mentioned before that she began dating at an early age with the preference of dating older men. In 2018, she got into a relationship with rapper YBN Nahmir.

Prior to this relationship, she dated fellow American YouTube personality, Yousef Erakat, in 2016. Yousef and Sahlt’s relationship was the center of discussion of their followers’ discussions while it lasted.

Alycia’s first known romantic relationship was with fellow Instagram star, Klaus Bausch. Just like her relationship with Yousef, Sahlt and Bausch’s relationship was also a hot-topic among their followers. The two used to do videos together which would be uploaded to her Sahlt YouTube channel.

With more than a million followers on Instagram and having content on beauty as well as fashion outfits, Alycia has sponsorship deals with advertisers paying her for her posts. This is the same case for her YouTube channel where she is also paid for the ads that viewers see while they watch her videos.

With growing numbers of followers and viewership time, Sahlt’s earnings have also grown over time. As such, she has an estimated net worth of about $1.5 million.