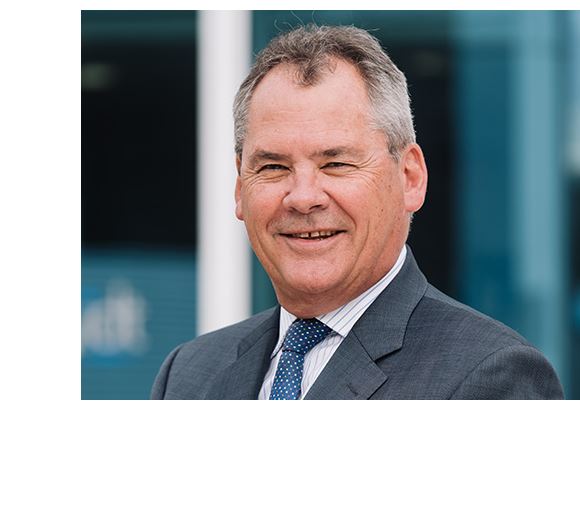 Alan Fisher is a war correspondent and radio journalist from Scotland. He worked for GMTV for many years before moving on to Al Jazeera English, where he is a senior journalist in the broadcast center in Washington, D.C.

How old is Alan Fisher? – Age

Fisher grew up in Motherwell, Scotland, and went to Dalziel High School. He studied journalism at Edinburgh’s Napier College during that time. He then earned an M.A. from the University of Leicester, where he published his thesis on war journalists’ jobs.

There’s no information about Fisher’s family.

What is Alan Fisher Salary?

Fisher’s net worth is unknown.

Fisher began his career working for his local newspaper, the Motherwell Times, and broadcasting on Hospital Radio Law while still in high school. His first job was at Moray Firth Radio in 1983. And then North Sound Radio before he moved to what was then Grampian TV (now STV North) and then Scottish TV before moving to GMTV, where he worked for 13 years. In 2005, he joined Al Jazeera. He worked at both GMTV and Al Jazeera while they were launching new services. He joined GMTV in 1992. GMTV was launched in January 1993. While at GMTV, Fisher was the Ireland correspondent based in Belfast for three years, a senior news correspondent based in London for four, and chief correspondent for six years. Al Jazeera English was launched in 2006. Alan Fisher reported from Iraq during the 2003 invasion for GMTV. While at GMTV, he also covered the Irish ceasefire agreements in 1994, the Dunblane school massacre in 1996, the Indian earthquake in 2001, and the 2005 London bombings on 7/7. Fisher interviewed Irish President Mary Robinson in 1993.          He said the death of Princess Diana was the biggest news event he covered while at GMTV.                                                                                      While based in the United States, Fisher covered Republican presidential candidate Mitt Romney‘s presidential campaign in 2012. He anchored Al Jazeera’s coverage of the Republican Convention in Tampa and co-anchored coverage of the three presidential and one vice-presidential debate. He also featured heavily in the station’s coverage of President Barack Obama‘s second inauguration. He wrote the book Romney’s Run following the election with all profits going to journalism charities. He covered Donald Trump’s presidential campaign in 2016, the presidential election in 2020 and was the journalist who provided live commentary on both Barack Obama and Donald Trump’s final moments in the White House as president. He also reported extensively on Donald Trump’s second impeachment trial and conviction. He has interviewed numerous global figures for the “Talk to Al Jazeera” series, including Martin McGuiness,  Joyce Banda, and Bill and Melinda Gates. As a reporter for GMTV, Alan Fisher intervened on behalf of dual US-British citizen Kenny Richey, who was on death row in the United States. Fisher contacted actress Susan Sarandon, provided her with GMTV reports, and issued an authorized statement on her behalf. Fisher acted on Richey’s behalf one year after interviewing him in prison. He is a former director and trustee of the Institute of Contemporary Scotland.

Alan Fisher made a guest appearance as a journalist on the ITV program Bad Girls in 2005. He wrote a chapter for the academic and journalism book Mirage in the Desert: Reporting the Arab Spring covering the use of social media and its application for Al Jazeera’s award-winning coverage of the Arab Spring. This article was later cited by prominent academic Stuart Allan in his book “Citizen Witnessing: Key Concepts in Journalism”. He has also written and spoken about the growing use of social media by journalists. He also co-authored a chapter in the book “Reporting from the Wars 1850–2015: The origins and evolution of the war correspondent” Fisher was mentioned in the book An English Fan Abroad for his performance in a football match between English and German supporters at Euro 2000 after he scored two goals for the England side. A popular speaker and chair of conferences, he has spoken extensively on the role of journalists and breaking news coverage in a crisis. He has been involved in a number of events to mark Press Freedom Day. And his contribution to the ICTD Conference in Atlanta was described by one of the organizers as a “brilliant tour de force”. He has also chaired events at the famous Edinburgh Television Festival, including a debate entitled “TV War: What is it Good for?”. This entry was posted on July 8, 2010. He has spoken and lectured at the London School of Economics Summer School and at a number of universities across the world.

Alan Fisher was nominated for the story of the year by the Foreign Press Association for his Al Jazeera piece called “Russian Advance from Gori to Tbilisi”, which was written while covering the Russia–Georgia war. In that story, he followed a Russian military convoy to Tbilisi. His reports were also part of the International News Emmy nominations Al Jazeera English received for its coverage in Georgia and during the Israeli offensive in Gaza. He was a significant part of the team that covered the Egyptian Revolution, for which the channel won a prestigious Peabody Award. A patron of the Young UK program, which aims to develop the mind and broaden the horizons of young people under the age of 30, he was awarded the Inveramsay Medal in recognition of his efforts with the charity.