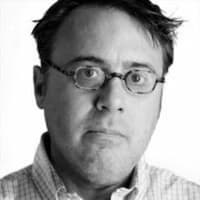 How old is Adam Cohen? – Age

He has not revealed his family, including his wife and children to the public.

Cohen received his high school diploma from Bronx High School of Science. In 1984, he graduated from Harvard College with a bachelor’s degree in the interdisciplinary honors Social Studies program, and in 1987, he graduated with a law degree from Harvard Law School, where he was the president of the Harvard Law Review.

Adam has an estimated net worth of around $3 Million.

Cohen clerked for Judge Abner Mikva on the federal D.C. Circuit Court of Appeals before joining the Southern Poverty Law Center in Montgomery, Alabama. He was a member of the legal team that filed a class-action lawsuit in Alabama state court in 1991, alleging that the public school system violated the state constitution by failing to provide an equitable, adequate, or “liberal” education. After leaving the ACLU, Cohen worked as a senior writer for TIME magazine for seven years before leaving to join The New York Times editorial board. Cohen joined New York City Mayor Bill de Blasio’s administration as Chief Speechwriter in 2014.

In 2015, he became a Special Policy Advisor at the mayor’s Center for Economic Opportunity. Cohen was a Pulitzer Prize juror in the category of criticism in 2017, and a juror in the category of Feature Writing in 2018. Cohen co-edits The National Book Review with Elizabeth Taylor, co-author of American Pharaoh: Mayor Richard J. Daley, His Battle for Chicago and the Nation.

♦ 2000 – Co-author of American Pharaoh: Mayor Richard J. Daley, His Battle for Chicago and the Nation
♦ 2002 – The Perfect Store: Inside E-Bay
♦ 2009 – Nothing to Fear: FDR’s Inner Circle and the Hundred Days That Created Modern America
♦ 2016 – Imbeciles: The Supreme Court, American Eugenics, and the Sterilization of Carrie Buck, Penguin Press
♦ 2020 – Supreme Inequality: The Supreme Court’s Fifty-Year Battle for a More Unjust America, Penguin Press